Slate Roof Tiles and Their Alternatives

Slate roof tiles are, without question, the most sought-after roofing material among home owners today. It also happens to be a bit more expensive. Then again, paying for a gorgeous-looking and fire-resistant roof that could last for a lifetime or two is definitely worth it, don’t you think?

However, it is a fact that many home owners could not afford slate roofing. So they turn to cheaper alternatives. The question is, could any of those alternatives compare to slate? Let’s look at alternatives to slate roof tiles and see if they are worth it. 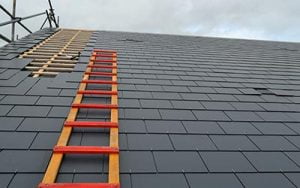 Natural slate roof tiles, on the other hand, last up to 100 years. The really high-quality ones may even last 150. On top of that, natural slate roofing doesn’t need much maintenance in three decades.

So which one would be more expensive now, in the long run?

Fibre cement slate being cheaper than natural slate tiles is a myth, nothing more. What’s true, really, is that it looks like a cheap imitation of natural slate, which, on final analysis, it actually is. 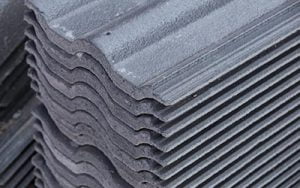 There is also the issue of weight to contend with. Concrete tiles, which are 10-12 mm thick on average, are at least double the weight of natural slate per square metre. That means handling concrete tiles entails higher costs, which eventually ups the cost of construction as well.

Again, concrete tiles may be cheaper in the beginning, but will eventually become costlier than natural slate roof tiles in the long term.

Compared to fibre cement slate and concrete tiles, clay tiles last a bit longer. They are marketed as having a longevity of 50-70 years. Its price is also quite similar with that of natural slate roof tile. Insects can’t harm it. It’s also fire-resistant, and won’t rot.

One major drawback of clay tiles is that they are pretty heavy. They are, in fact, so heavy that homes that use them need its roof support bolstered. That means more expense on the part of the home owner.

We will assist you to find the best and most cost-effective material for your building construction or commercial project.